Edit
watch 01:36
We're Getting Mutants in the MCU - The Loop
Do you like this video?
Play Sound

There are two main branches to the militairy:

The United Holy Kingdom of Beaulosagñe and The Knights Templar of the Holy Grail has not been in a war from the foundation of its nation untill now and likes to keep it that way. Beaulosagñe keeps the souereign right not to get involved in wars even if its alliance partners are involved in one. The Templar Kingdom will at all times try to promote peace.

None the less, the Templar Kingdom does have an army, and adults becoming of the age of 18, have the serve two years of compulsery service. This period of service may be posponed untill the adult has finished his studies. Religious objectors can serve their two year term in another form of compulsery service to the kingdom, in a service, chosen by the kingdom.

The Knights Templar, are ranked according to the old system set up by the knight in the middle ages: 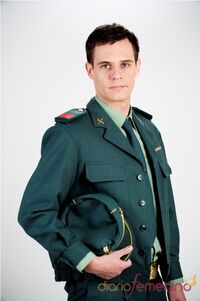 The Police corps is also divided in three levels:

The secret service agency of the Templar Kingdom is called the Inquisicion. This agency has nothing to do with the inquisicion which was so feared during the middle ages. inquisicion just means; examine, inquire, find out, investigate.

Community content is available under CC-BY-SA unless otherwise noted.
Advertisement